Four simple things every teacher can do!

We are finally into the home stretch of this election, only 18 days to go.

Throughout this election cycle, I have been intently focused on these three realities. As we quickly approach November 8 and I hear my students talking about the nominees and issues on the table, I have become more and more convicted to make a plea for teachers to empower educated voters. I know treading the polarizing waters of politics at school is no easy task but for the sake of our nation, we must push forward and teach kids how to be educated and informed voters.

Get these lesson plans!

Before we get to the ideas on how we can teach kids to be educated voters, let's look at what it means (IMO) to be an educated voter:

1) Get Kids Excited About Government!

First and foremost, get your students interested in government! Anyone who knows me, knows where this is going. Lin Manuel has single-handed made history and government relevant. Download Hamilton and listen to it with your students (watch the opening song here). Sure, they may think you're crazy at first but tell them Beyoncé and Jay-Z are fans and they'll get on board. Use the inevitable Hamilton hype to get students excited about being involved in the democratic process of voting.

2) Show Your Students What They Don't Know

It pains me when I hear kids voice a political opinion that is a direct quote from their parent's mouth. All too often, they speak with no real understanding of the issues or the workings of government. I suggest having students take this ISideWith quiz. As students work through the quiz they should quickly see how little they actually know. Most students (and I'd guess many people) don't realize there are more issues than gun control, abortion, gay marriage, and immigration. It's time to stretch these young minds.

3) Teach Kids How to Research

Building off of what they don't know, it's time to teach kids how to conduct unbiased research. This is the foundation of teaching kids how to be independently thinking voters. Teach students about the different forms of bias and train them to become bias detectives.

Twitter feeds like Politifact have made it so easy to fact-check politicians (as long as we are willing to check it out). Help kids develop the habit of fact-checking by having student conduct their own fact check as they watch a presidential debate or campaign speech.

It's time for students to create their own cabinet battles. Choose a few issues relevant to your students' lives to research and then hold a class debate. The research process teaches students how to learn about each issue from unbiased sources. While the debate provides an opportunity to learn how to intelligently discuss controversial issues using reason and logic as opposed to emotion and hype.

Get these lesson plans!

I know the idea of teaching kids how to be educated voters who actively avoid bias is pie-in-the-sky thinking. But that doesn't me we can't or shouldn't try. The stakes are too high and the existing political divide is too great to not talk about empowering educated voters. Please don't throw away your shot, you may be the only voice of reason these kids got! 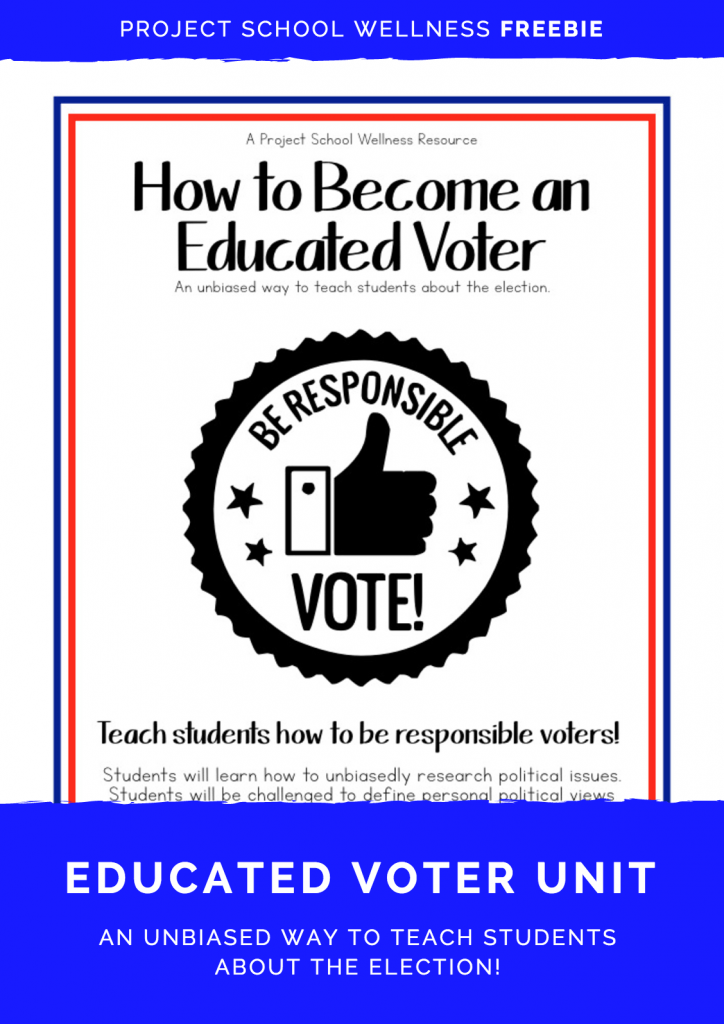