Five Reasons Why You Need to Teach Sex Ed

It's everywhere. It's in every show we watch, song we listen to and any book we read. Its presence is far-reaching.

Yet, despite its pervasiveness in our society, sex seems to be absent in one of the places it matters most....the classroom.

I dunno about you but the lack of willingness to talk about sex in American schools and failure to teach a comprehensive curriculum to students is terrifying!

I know that talking about sex can be super awkward. But that's exactly why we must teach Sex Ed in our classroom. By giving into the uncomfortableness, we are telling our students that sex is taboo and it shouldn't be talked about or acknowledged! Both of which are incredibly unhealthy mindsets to live by.

But today, I want to challenge you to lean into the awkwardness and recognize the incredible power that you've been given. As teachers, we have the power to normalize the conversation about sex and to empower students with the knowledge needed to establish a lifetime of sexual health.

»»» Normalize the conversation about sex without devaluing sex with our Sex Ed Unit Plans!

5 Reasons Why You Need to Be Teaching Sex Ed

Still, need a little convincing or some information to get the powers that be on board??? Here are five reasons why Sex Ed should be an integral part of your health curriculum!

1) Teenagers Think They Know Everything About Sex

Sex in the media comes with no consequence. There's no fear of being pregnant or being infected with a sexually transmitted disease. There's no focus on the emotional impact of having casual sex. And the actual act of sex itself is completely dramatized, setting up completely unrealistic expectations.

2) Teenagers are Becoming Sexually Mature But Not Emotionally and Mentally

Puberty is the time in life when the body becomes sexually mature and can reproduce. Now, as adults, we know that just because the body becomes physically mature the mind and heart are not quite ready for the seriousness of being sexually active. It simply means the teenage body can now procreate.

3) Middle Schoolers Want to Talk and Learn About Sex

Yes, it's true! Your students want to talk about sex. They want to learn about their body and understand the major physical changes that are happening. And why shouldn't they be?

Sex it a natural part of life. Without it, humanity would cease to exist. And at this specific point in their life, they're bodies are preparing for sex and getting ready to reproduce. We need to provide a safe space for them to talk and learn about sex. If we don't create a safe space, they're going to turn to their dear friend Google to figure it out (and who knows what they'll find there).

It's true. So just because your students are young, innocent middle schoolers now that doesn't mean they will stay like that forever. They will soon grow up into adults, making adult decisions. And they need to know about sex and sexual health!

A common argument against Sex Ed is that it will entice kids to have sex. Well, I hate to break it to you but kids are already interested in sex. And avoiding and neglecting to teach Sex Ed doesn't make kids wonder about sex any less.

Instead, the evidence shows the exact opposite. It says that students who receive comprehensive Sex Ed practice safer sex throughout life. They begin having sex later and have fewer partners! Simply put, when a student is taught a factual, comprehensive Sex Ed curriculum they are empowered to make healthy choices!

Wait! But What About Abstinence-Only Education...

Well here's the thing about abstinence, it doesn't usually last forever. Generally, people who choose abstinence wait until marriage or a long-term committed relationship to have sex. Meaning, they still have sex!

And just because it's later in life doesn't mean they don't need the same education. You still need to understand how to nurture Sexual Health and the basics like understanding pregnancy occurs, how contraceptives work, and how STDs/STIs are spared and treated. Basically, what I'm saying is abstinent or not, you still need to know about sex! 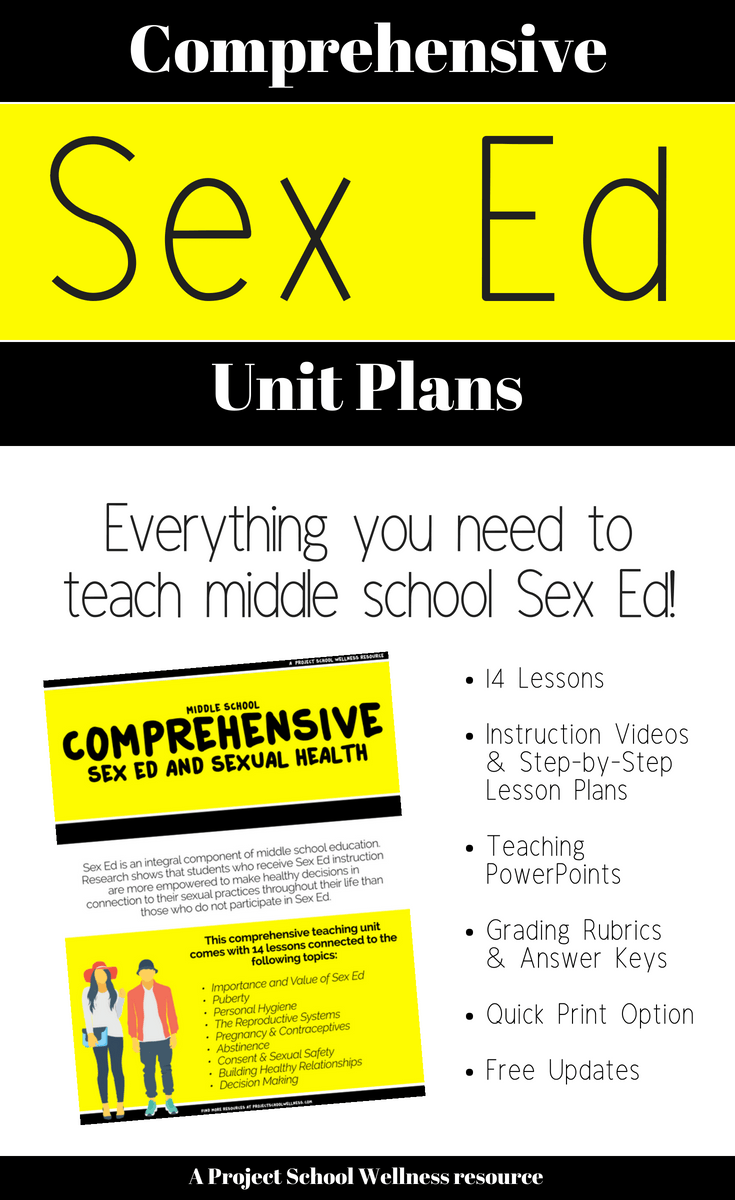 We've got you covered! Get instant access to five free health lesson plans for in-person or digital instruction.