Taking a Critical Look at How The
Media Influences Well-Being

As part of a recent Social Heath unit, I asked my students to take a critical look at how the media impacts social well-being. This blog post is a look at the activity they did.

My students are constantly bombarded with subtle and not so subtle messages from the media. Whether it comes from the books they're reading, the social media accounts they're following, or the T.V. shows they're binge-watching, the media is powerfully influencing their well-being.

As I'm sure you too have come to realize, as teachers we can't isolate our kids from the media. It's just not realistic and it doesn't actually solve any problems. Instead, we need to help students develop the skill to think critically and learn how to assess the messages they're consuming. 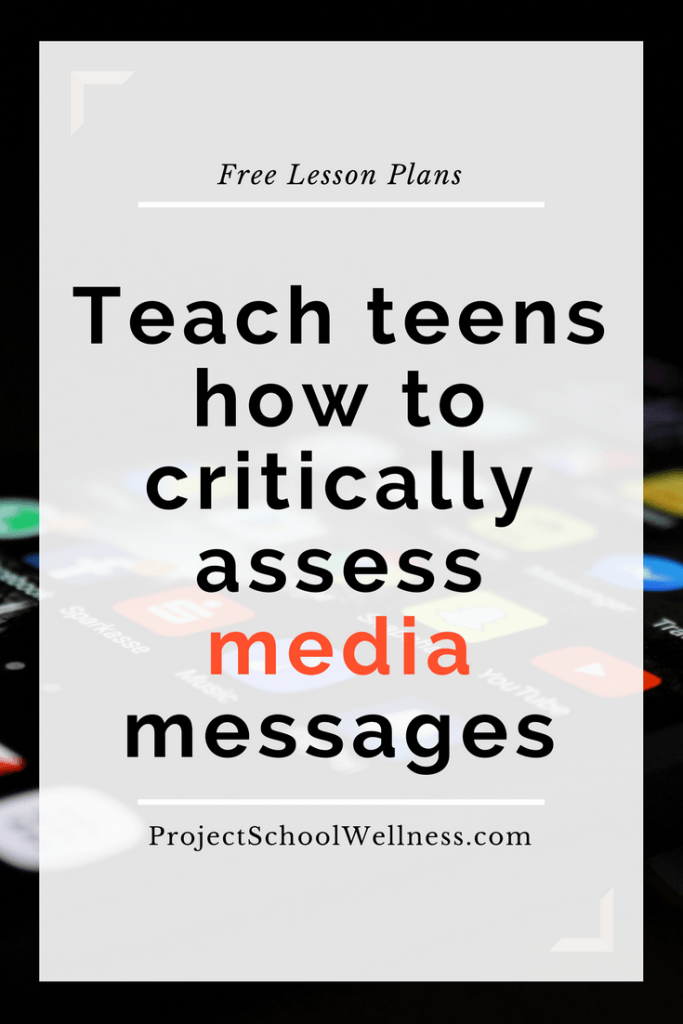 I know this isn't easy. Because let's be honest we (yes, we teachers included) know from personal experience just how easy it is to be a passive consumer. We unconsciously scroll through social media feeds, sing along with popular music, and watch a show in the background while folding laundry. Media has basically become society's giant white noise machine.

With all of that in mind, let's get to the actual lesson plan*. The goal of this activity was for students to critically define the messages being presented in the media and determine if the messages are improving or harming their well-being.

*For this lesson I specifically wanted students to look at how the media impacts their social well-being, however, this activity could be used to assess how the media influences any element of well-being). 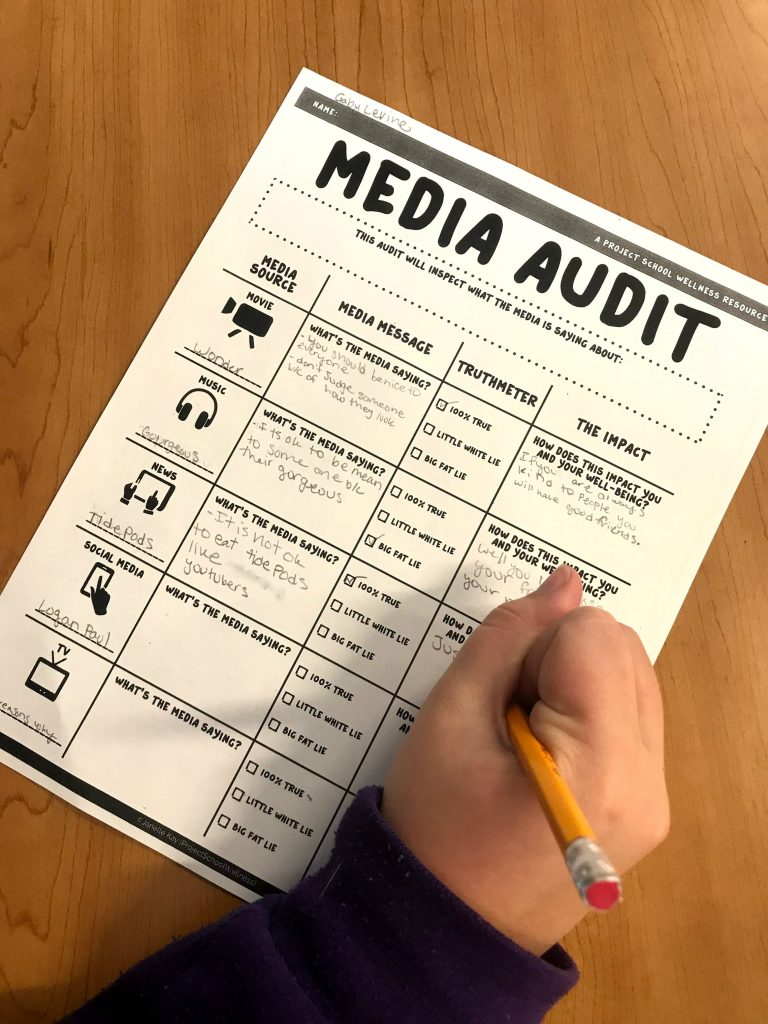 »  Before diving into the media messages, I wanted to make sure students had a clear understanding of Social Health. So we did a quick refresher on the definition of Social Health - - Social health refers to being connected and feeling like you belong. Being able to build and sustain relationships. And learning how to be a good friend.

»  Next, students needed to understand what exactly the media is. As soon as I say "media" they assume I'm talking about social media. And while they aren't exactly wrong, the term "media" definitely refers to more than just social media. Here's the definition I used with my students - - The media refers to methods of communication that influences people. So the term media could be talking about books, magazines, newspapers, television shows, music, movies, etc..

» After students better understood what exactly the media is, as a class we started reviewing what messages are being presented about social health. To assess media messages...

To help give more context, these are examples. The specific media source is in orange followed by the message they're presenting about social health.

After discussing these examples with students, they worked through the worksheet in pairs looking at the media they personally consume.

[Tweet "Free Resource: Media Audit activity and worksheet. Teach students how to think critically about the media messages they consume."]

Overall, I was very happy with how this activity went. Reading some of my student's work made really feel like they were really starting to think critically. However, in the future, I will take even more time to discuss examples as a class before students do pair work. I say this because it was evident in some of my students' work that they didn't quite grasp the definition of media.